EDG Posted on 18 December, 2013 Posted in News No Comments 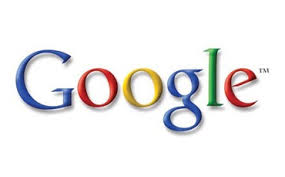 Google has just completed the purchase of Boston Dynamics, a private spin-off company from the Massachusetts Institute of Technology, best known for supplying the US military with terrifying robotic animals. BigDog is an all-terrain quadruped that doesn’t complain when asked to carry heavy loads; Cheetah can run at 29mph, though its loud engine purr means you wouldn’t bet on it surprising a wildebeest. Or the Taliban.

Google has so far refused to reveal how much it has paid for Boston Dynamics or what its plans for the robots are. But the search giant might need to rethink its “don’t be evil” motto if it plans on reinventing itself as a futuristic arms dealer. What other sinister applications could it have in mind for this robot pooch and kitty?

For starters, there’s the lucrative online gambling market. BigDog would offer Google the perfect introduction. Just imagine the thrills of the three-mile al-Qaida Handicap chase, in which a field of 28 robotic hounds battle against each other to be first to cross a track littered with hidden IEDs. The agony of seeing your mutt well in the lead with only a furlong to run, only to be blown several metres into the air. No one will ever bother to watch a greyhound race again.

It’s unlikely that Angela Merkel will allow the Americans to tap her phone in future, but Google could help out its old mates at the NSA and GCHQ by getting their robots to do their dirty work. All that’s required is a robot dog with lovely soft fur and huge Disney eyes. Not even the Iron Chancellor could resist snuggling up to one of those on the sofa. And when she nips out to make herself a cup of coffee, SpyDog could hack into her laptop and scan all her personal emails. George Osborne might also want to give his new doggy, Lola, the once over. If she barks with an American accent, she’s a plant.

Google might also want to talk to Iain Duncan Smith about another new product, RoboRat. It could easily pass undetected through deprived areas and would thus be ideally poised to sniff out benefit cheats, unused bedrooms and illegal immigrants and report back. Its marketing slogan writes itself. RoboRat: The Rat that Loves to Rat. Don’t say you haven’t been warned.