EDG Posted on 5 December, 2013 Posted in News No Comments 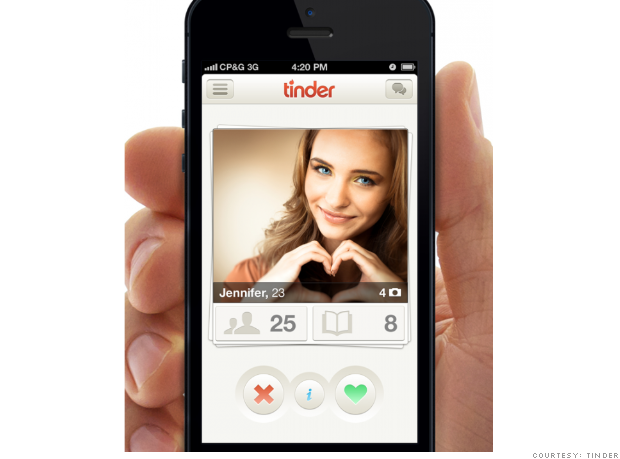 This article titled “How online dating can click when you meet more than one person” was written by Alex Hern, for The Observer on Sunday 1st December 2013 09.00 UTC

Dating is awkward. And while internet dating (theoretically) makes it easier to get that first date, it doesn’t do a huge amount to reduce the uncomfortable reality of sitting with a stranger casually trying to discover if you like each other.

But as online dating has evolved, it has steadily chipped away at some of those problems. What started as a simple online version of the small ads you would find in the back of a newspaper began to get smarter at matching couples.

Next to go was the barrier of signing up and filling in a profile, as the next generation of mobile apps started lifting information straight from social networking sites. The final hurdle, it seems, is the date itself.

Perhaps that’s why the concept of group dating has been independently conceived numerous times. In Japan, it’s known as gokon: a single man and woman who know each other agree to meet, and each brings a few other single friends of the same sex. In Oxford and Cambridge universities, similar meetups (called, respectively, crew dates and formal swaps) are arranged between sports teams from different colleges.

Now, in 25 US cities – and, from January, in London – a small startup called Grouper is introducing the idea yet again.

The way a Grouper date works is simple enough. You and two friends of the same sex sign up through Facebook and pre-buy the first round of drinks. Grouper then uses the information on your Facebook page to pair you, by hand, with another three people and picks the place where you will meet. From there, it’s up to you.

As with all good projects, the idea was born out of necessity. “In the summer of 2011, I had graduated, moved to New York, broken up with my college girlfriend and was diving into post-university life,” says the site’s creator and chief executive, Michael Waxman. “And one of the things I realised was that meeting people was a lot more difficult in the real world.

“The two biggest alternatives were just weird. One was traditional online dating sites and social networks, and the other was meeting people at bars. In New York there’s a tonne of people, everyone’s relatively cold to each other, and it’s sort of this crapshoot. Maybe, if you’re really lucky, two groups of friends come together during the night, or through some act of God you’re able to meet someone.”

Waxman hadn’t heard of gokon, crew dates or formal swaps when he started Grouper, though he admits it was reassuring to find out that the idea existed elsewhere when he did discover them. Instead, he was trying to recreate better times. “What are the things that, whether you’re at university or a house party, can make meeting people a lot more comfortable and a lot more consistent?” he asks. “There are some basics: you know that when you go to a Grouper that there are going to be three people there, and they’ve been screened and matched to you manually. The first drink is already taken care of, so if you like each other, there’s not that awkwardness of having to handle the cheque. It’s trying to create from scratch an organic, comfortable experience.”

Online dating is going through a shakeup at the moment, with apps such as Tinder stealing attention from the old guard. But those apps are fundamentally focused on making the activity of technology-enabled dating itself more fun.

By focusing heavily on design and ease of use, by minimising the burden of profile creation and maintenance, and by asking users no more than “Is this person hot?”, they appeal to people who would never consider signing up for a profile on Match.com or OKCupid.

By contrast, Grouper attempts to get users off the site as quickly as possible.

Waxman jokes that his site is the opposite of ad-supported services, which try to keep users online for as long as possible.

Counterintuitively, that means Grouper has to do a lot more work than your average dating site. The company has staff dedicated to matchmaking, picking which trios will work best together; it has to pick the places where those dates will happen and then negotiate with the venue; and it has to handle the difficulties of scheduling.

“As I’m sure everyone knows from their own experience,” Waxman says, laughing, “getting six people together at the same time and place can be quite a difficult challenge.”

To that end, the company has built some tech to simplify things and it is that – as well as two years of trial and error spent polishing the experience in the US – which Waxman thinks will help him get the edge on British clones of the Grouper model.

The personal touch might be a selling point, but it’s also expensive. Technology can help with that – “we use technology to help us do this faster, more accurately, and at a substantial scale,” he says – but only so far. Part of the reason the site can afford luxuries such as a human matchmaking service is that, unlike most of the tech world, it has an income: a portion of the money paid for the first round goes to keeping the lights on.

The site has grown to its current size largely through word of mouth and even though it has been going for only two years it claims to have set up hundreds of thousands of outings. “There are some friends in the first few Groupers that are still couples, together almost two years later from that. We don’t do a good-enough job of following up with people, but we do know of numerous engagements, and those will be turning into marriages soon.”

There is still a lot of room to grow. Rolling out city by city makes matchmaking easier, but it means that only a tiny portion of the UK and US can use the site so far; and along similar lines, it has only become large enough to support same-sex Groupers in a few American cities.

But with a revenue stream, satisfied users and the ability to beat both the fish and the musician of the same name in a Google search, for now, maybe Grouper can afford to take it slowly.

APPS FOR HAPPINESS: AT A GLANCE

TGTHR
Currently in pre-release mode, this app is designed to introduce you to like-minded, fanciable people whom you can message or even call straight from the app. “The future of new connections”, it boasts.

Smeeters
A French site now available in the UK that is not unlike Grouper. Matches groups of three friends – the site picks the venue and buys the first round. Claims to be a “social club” rather than a dating site.

Tinder
Three months since its UK launch the “hot or not” app has turned online dating inside out. Has more than two million users globally. Outside the US its most enthusiastic swipers are in Brazil and the UK.

Twine
For people who think judging by looks is shallow. This app matches you with people via your Facebook likes and profile, yet hides your identity by blurring your picture. You remain anonymous until you feel ready to reveal yourself.

Blendr
Launched in 2011 by the people who run gay casual sex app Grindr, Blendr claims to be about “making friends” rather than hookups, which might explain why it hasn’t got itself a “reputation”.

dattch
A location-based app that seeks out lesbian and bisexual women nearby. Screens out men to avoid “time wasters”.