EDG Posted on 4 December, 2013 Posted in News No Comments 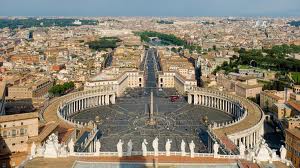 This article titled “Vatican refuses to give UN panel full details of clerical sex abuse cases” was written by Lizzy Davies in Rome, for The Guardian on Wednesday 4th December 2013 19.29 UTC

The Vatican has refused to give a United Nations panel information it requested on clerical sex abuse, in a move that it said was part of its confidentiality policy but which was criticised as “a slap in the face” for victims.

In a series of questions asked in the runup to a public hearing scheduled for January, the UN committee on the rights of the child had requested the Holy See provide details of abuse cases and specific information concerning their subsequent investigation and handling.

But, in its response, the Holy See said that although it had answered the questions in a general way, it was not its practice to disclose information on specific cases unless requested to do so by another country as part of legal proceedings.

In the 24-page document, the Holy See said it had been “deeply saddened by the scourge of sexual abuse” and regretted the involvement of some members of the Catholic clergy.

It added that it had “amended norms” regarding the suitability of candidates for the priesthood, and had taken other steps including the revision of some canon law rules “to ensure that clerics and religious are properly disciplined”.

But it did not give all the details requested by the committee in a lengthy, multi-part question on the “sexual violence against children committed by members of the clergy, brothers and nuns in numerous countries around the world”.

The Holy See was asked to provide detailed information on all cases of child sexual abuse that had been committed by members of the clergy or brought to the attention of the Holy See over a certain period.

As a whole, the document included responses on issues from child sexual abuse to gender stereotyping in Catholic schoolbooks and the abandonment of infants in church “baby boxes”.

In a cover note, the Holy See said that the committee had in many instances asked it to respond on “concrete situations that fall outside the direct control of the Holy See, since they concern matters for which Catholic persons and institutions present in other countries are responsible”.

The Holy See, which signed the convention on the rights of the child in 1990, argues that while it encourages the rights recognised on a global basis, it can only implement them on the territory of the Vatican city state.

Campaigners reacted angrily to the response on sexual abuse, with Keith Porteous Wood of the UK’s National Secular Society branding it “a brazen failure”.

“Many will be disappointed and surprised by this slap in the face to the tens if not hundreds of thousands of suffering victims and to a United Nations body,” he said in a statement.

“It is both shameless and unacceptable for [the Holy See] to undermine the UN’s efforts, made in the interest of protecting past and future victims, by refusing to provide the information that the UN seeks.”

The US-based Center for Constitutional Rights, which represents the Survivors’ Network of Those Abused by Priests, said the response marked one of the Holy See’s “most explicitly disingenuous and misleading positions on the issue to date”.

“The response is vague and general, where the committee sought concrete data and facts,” it added in a statement.

In May, Pope Francis said the Congregation of the Faith – the Vatican department that includes the office of the sex crimes prosecutor – should continue to act decisively on abuse allegations, “promoting, above all, measures to protect minors, help for those who have suffered such violence in the past and the necessary procedures against those who are guilty”.