EDG Posted on 25 February, 2014 Posted in Videos No Comments 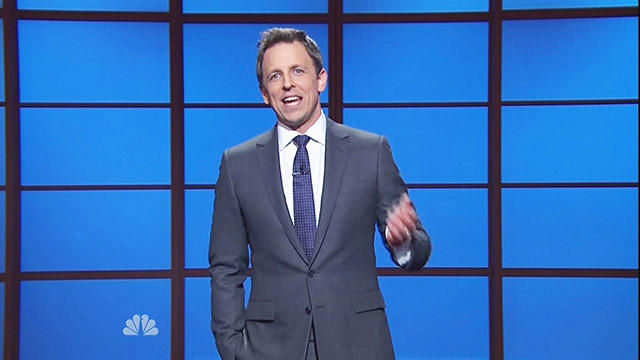 Seth Meyers kicked off his very first show as host of “Late Night” by bringing back a familiar bit from when Jimmy Fallon used to be host – thank you notes. But in the note, after thanking Jimmy Fallon for moving on so he could be host, Meyers promised nothing but original comedy pieces from then on out. His opening monologue showed a bit of nerves, and his delivery sounded quite similar to his joke telling on SNL’s Weekend Update – which isn’t necessarily a bad thing. But he settled in as the show went on,